My Mobile Device Broke! Now What? 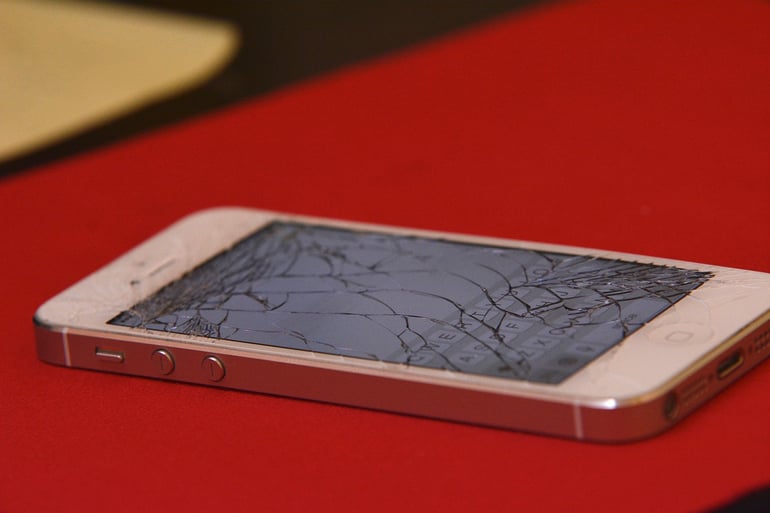 If your mobile device broke, don't panic. There are a few different solutions for you to consider. Let's take a look at exactly what you should and should not do after your device breaks.

We don't recommend repairing mobile devices that were originally designed as a sealed unit, which includes all cell phones and most tablets. (Some devices that may still be repairable include certain Microsoft Surface devices and other high-end tablets or laptop/tablet 2-in-1 hybrid devices by Lenovo and HP.) It will generally cost around $100 to $150 to repair a mobile device. Aside from this cost, there is also the matter of the device's quality following the repair. It will never be the same as it was before it broke, and it's likely you will be disappointed with the quality of your device after the repair is performed. Replacement screens and other parts are often knock-offs from China that don't perfectly conform to the device's original specs. Such a screen/part is likely to crack or break again in the near future.

The problem with such cheap replacement parts is that they pale in comparison to those originally used at the factory during the initial assembly. Mobile devices are glued together by factory machines that make use of very strong adhesives. These adhesives are designed to stay intact and not be taken apart by humans for any reason. This is precisely why attempts to repair mobile devices often cause additional damage. Replacement adhesives added to the device may not be as strong as those used in the device's initial construction, and they often fall apart within a few months following the repair.

The Proper Course of Action

Now that we have ruled out the idea of repairing your mobile device, you are likely wondering what, exactly, you should do. One option is to make use of your insurance policy (if you have one). We do recommend paying the money for an insurance policy on a mobile device when you initially purchase it. An insurance policy might carry a deductible, but this cost will be quite small compared to what you would have to pay to replace your broken phone or tablet.

Another option is replacing your device. Do not assume you have to purchase a brand new device at the Apple Store or wherever you bought your original one. You could find a high quality used version of the latest mobile device models for a couple hundred dollars on eBay, Swappa, Glyde, or Gazelle. You may pay more than you would to repair your device, but you could very well find a device that is newer than your own, and you won't face any of the major pitfalls associated with repairing devices that we described.

Avoid breaking your mobile device again or cracking the screen by purchasing a screen protector and high quality case. These small initial investments can protect your devices against scratches, accidental drops, and other potentially damaging instances. Also consider adding insurance to your device next time you have the opportunity to do so (especially if you are accident prone).

Lean on Us to Protect Your Data

Take a moment to think about the vast amount of information you have stored on your phone, tablet, laptop, or other mobile device. From personal information to logins, passwords, music, photos, and videos, your mobile devices likely contain an abundance of valuable data. Our cloud service experts can help you safeguard this data so it's always available, regardless of whether you break or lose your device. Contact Dymin for computer repair, help, or service in Des Moines!