Why Managed Service Providers Are Your Best Defense Against Hackers 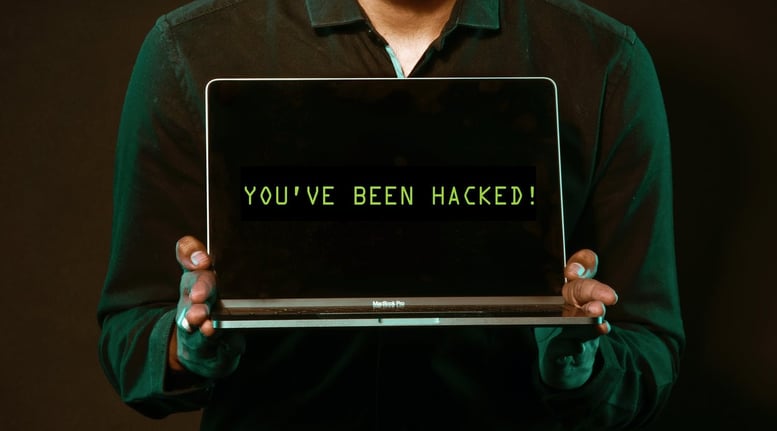 Cyberattacks have been rising dramatically for the last few years, and the global pandemic has certainly opened the floodgates to even more opportunities for hackers – and more risks to businesses of all sizes.

A Clark School study at the University of Maryland shows that hacker attacks happen at a near-constant rate — every 39 seconds on average, affecting one-third of all Americans. They hack into company computers stealing and harming business information, as well as destroying company websites. Cybercrime is one of the greatest threats and will cost companies globally 6 trillion dollars by 2021.

However, there seems to be a misperception that only large, multinational businesses are a target for hackers. Small business owners often think that they're safe because the hackers wouldn't receive the kind of sizable financial gain that they would from big corporations. However, hackers love to target small businesses because many of them have weaker cybersecurity protection.

According to the State of SMB Cybersecurity Report, hackers have targeted about 14 million small businesses in the US, which is literally half of all small businesses. Hackers choose various attack strategies. Sometimes, the small business is just a portal for hackers to reach a more extensive business partner (for example, the high-profile hack of Target’s retail systems begin with a small-scale attack on one of the company’s vendors).

More recently, however, hackers are stealing company data and holding it for ransom. They will threaten to reveal confidential company data publicly if they are not paid – or of scrambling the data permanently so it is rendered unrecoverable. Hackers have also been known to steal credit card data from that business's customers. These actions put the customer's financial status in jeopardy and ruin the trust between the customer and that business in the process.

What are the most common types of hacking attack threats?

64% of companies have experienced web-based attacks. 62% experienced phishing attacks. 59% of businesses experienced malicious code, and 51% experienced distributed denial of service attacks. You may be familiar with these attacks' names and still have no idea what they are, so let's look at each in detail.

Phishing: A phishing attack is when the attacker tries to fool someone (often an employee) into handing over valuable information, such as passwords, personal information, etc. A Phishing attack usually arrives in an email pretending to be from a legitimate organization, such as your bank, the tax department, etc. anyone the employee has no reason to suspect. The webpages can look almost identical to legitimate webpages and can easily fool the uninitiated. Phishing is the most common form of cyber-attack because it is easy to do and effective. Phishing is currently a massive threat and growing larger. According to Symantec, half of all emails are spam, and IBM claims that spam emails quadrupled in 2016.

Malicious Code (Malware): Malware is a type of program that can harm a company in various ways. Some malware attempts to penetrate a network continuously until it gains access. Some programs spy on the user hoping to steal passwords, personal information, or other valuable data, and others are designed to disrupt your systems. Some forms of malware are designed to steal from the victim by an indirect route. Perhaps the most pervasive form of malware is Ransomware — a program that encrypts the victim's data and then asks them to pay a ransom to get the decryption key. In 2016, 1 in every 131 emails contained malware, and over two-thirds of installed malware was delivered via email attachments.

Distributed Denial of Service Attacks (DDoS): A DDoS attack is where an attacker floods a target's server with traffic in an attempt to cause chaos and cause the server to crash or shut down. Most firewalls can detect and respond to an ordinary denial of service attack, but a DDoS attack can use several captured devices to bombard the target with traffic.

What can a company do?

Considering 30% of phishing emails are opened by their intended recipients, and 12% of recipients will click on a malicious link or open a malicious attachment from a phishing email, these attacks must be taken seriously. The first step is to increase your employees' awareness of the problem and another step is to ensure that systems are secure and fully updated, as well as properly monitored 24/7. Globally, billions are being spent on these IT security priorities. With that kind of money invested and even greater risks at stake, companies want to be sure their investment isn’t being wasted. Recognizing that these priorities involve a range of considerations – from employee policies to system architecture and software updates – the best option in most cases is to hire a Managed Service Provider (MSP) to oversee your security.

What is a Managed Service Provider?

A managed service provider (MSP) delivers services like network administration and cybersecurity via ongoing and regular support and active administration on customers' premises. MSPs' roles have expanded to include any continuous, standard management, maintenance, and support. An MSP can oversee your employees' training and coordinate that training with the overall strategy to protect your business.

Having one centralized business to coordinate your cyber-security strategy is advantageous in many ways. You have a trained organization constantly monitoring and securing your data. An MSP centralizes software updates, reducing backdoor opportunities for hackers, and you have a central vision for your cyber-security needs. Hacking threats are real, but you can successfully mitigate those risks by taking proactive steps, including partnering with an MSP for your business IT needs.